Years ago, there was a room in the house which contained the desk at which I worked.

It also held other treasures; computing hardware, board games, ephemera and marginalia from storied eras of my past. Then there was a catastrophic integrity failure of a wall leading to an incursion of water. Some things were lost but most were salvaged. The refugee items were shifted to other spaces, crammed in to corners. A temporary storage.

Today’s endeavors involved restoring some shelving units from that storage and lading them with board games. It’s not that they’re the most important nor the least conveniently stored. But they’re arguably one of the more symbolic rejections of the notion of a repeat of the deluge. 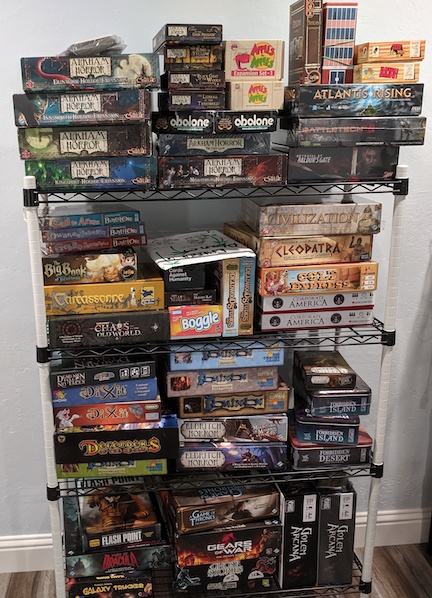 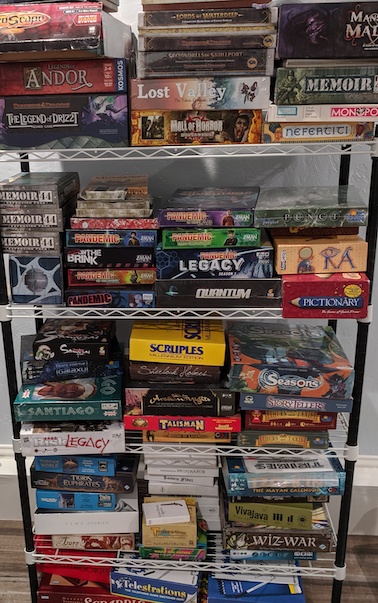 I’m estimating this at something less than 100 games (not counting expansions and duplicates).